96% of all Americans have made an online purchase at some point in their lives and 80% have done so in the month previous the survey. Online shopping became just as popular as in-store, with 51% of Americans indicated that online is their preferred way to shop. But this doesn’t go hand in hand with data of their shopping budget as 64% of Americans’ shopping budget is spent on in-store shopping, compared to only 36% for online shopping.

Despite all this, in-store shopping still dominates the majority of all Americans’ shopping budget.

Price Is the Most Influencing Purchasing Factor on 87% of American Shoppers, 2017 | BigCommerce & Square 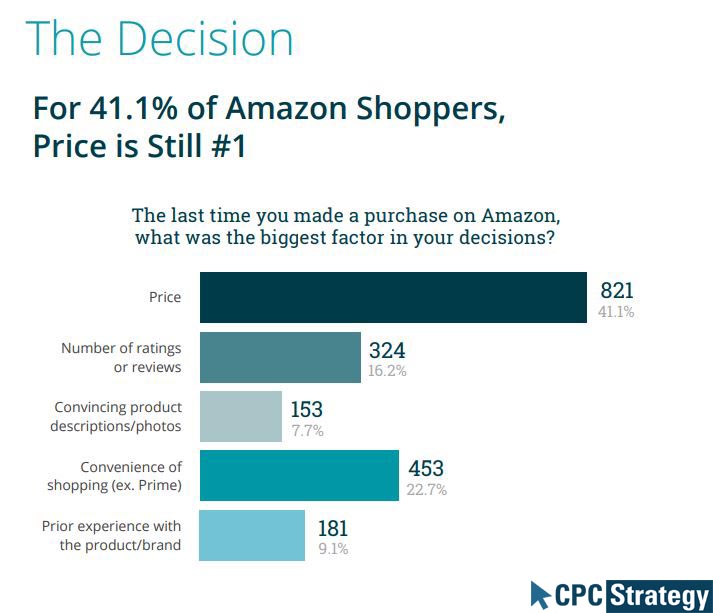